Road from Mashhad to Neyshabour 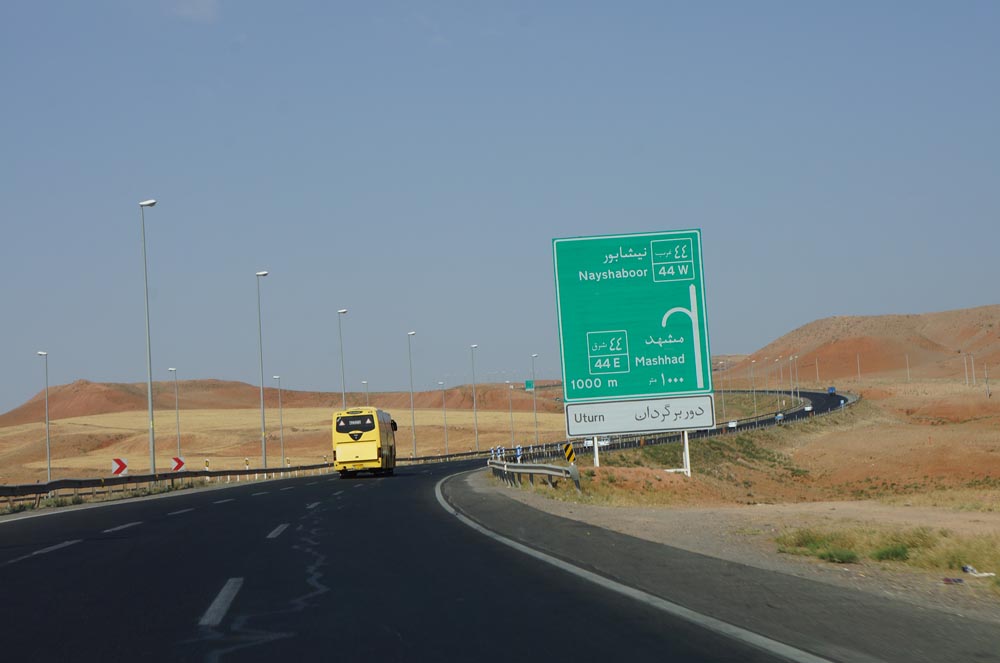 I left Mashhad at 9:30 AM and took a rental car (Agance) to Nishapur (Nishabur). On the way, I stopped at the 700-year-old Fakhr Davood caravanserai, Omar Khayyam, and Attar Nishapouri memorial and museums. Click HERE to watch a video of Attar Neyshapouri’s memorial and HERE for Khayyam’s. There are so many historic places to visit in this 3rd-century city that will take a few days to cover them all. Here is a brief history of this ancient and lovely city from Wikipedia:
Nishapur or Nishabur, from Middle Persian: New-Shabuhr, meaning ” the New City of Shapur”, “Fair Shapur”, or “Perfect built of Shapur”), is a city in the Razavi Khorasan Province, capital of the Nishapur County and former capital of Khorasan, in northeastern Iran, situated in a fertile plain at the foot of the Mount Binalud. It had an estimated population of 239,185 as of 2011 and its county 433,105. Nearby are the turquoise mines that supplied the world with turquoise for at least two millennia.