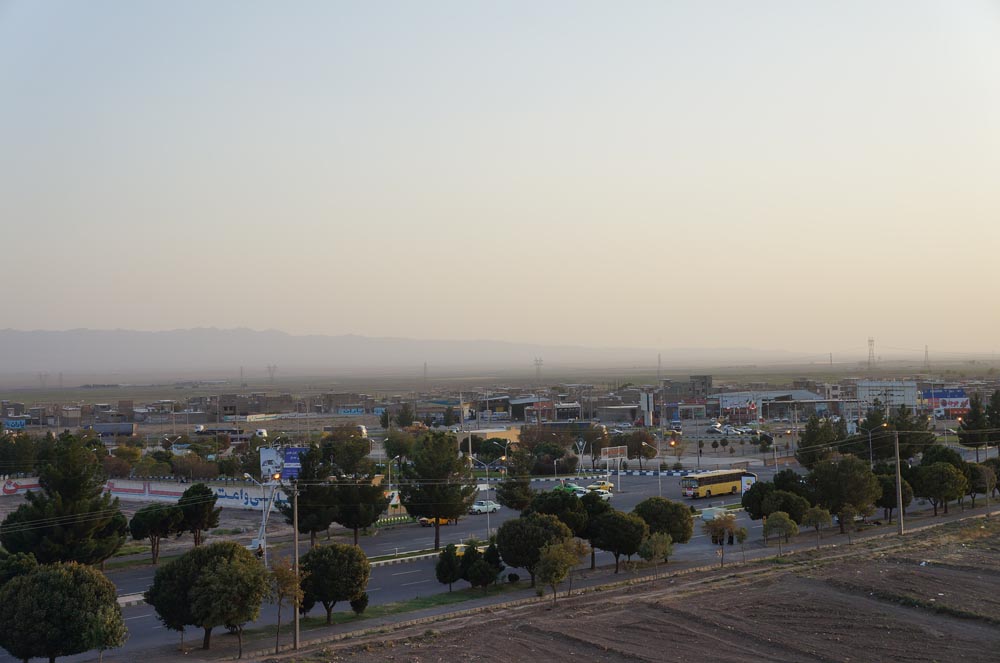 From Nishapur I drove to Sabzevar. The history of Sabzevar goes back to the 1st millennium BC. Ancient remains include fire-temple ‘Azarbarzin’ which is still visible. This drive is along the edge of the Dashteh-e-Kavir (desert of salt-marsh). It is about 240 km from Nishapur. Here I visited the Azarbarzin and Mil-e Khosrow Gerd (meaning “The brick tower of King Khosrau). This ancient brick tower dates back to 6th century and was part of the city that no longer exists. This brick tower served as a travel guide for caravans traveling the Silkroad from Nishapur to Rey. The fascinating site was a pair of ancient ice pits. These are called Yakhchal. They are ancient evaporative coolers
I stayed in Kamelia Hotel, a less-than-half decent and inexpensive place to spend the night ($20/night). Click HERE for video clips.