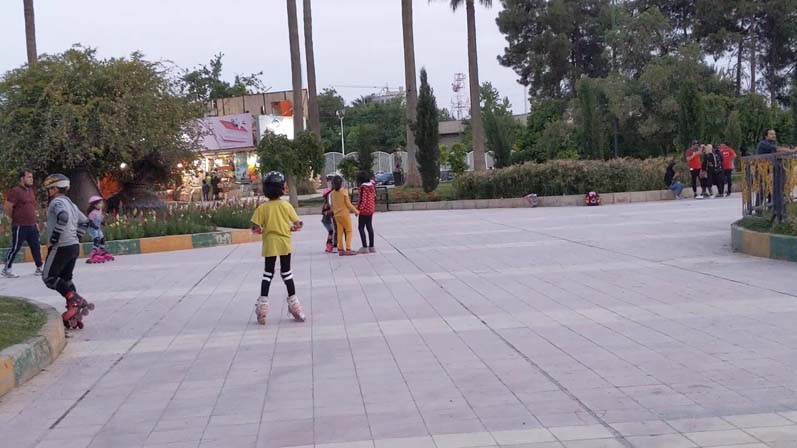 Shiraz is the fifth-most-populous city of Iran and the capital of its Fars Province, which has been historically known as Pars and Persis. As of the 2016 national census, the population of the city was 1,565,572 people, and its built-up area with Sadra was home to almost 1,800,000 inhabitants. The city is located in southwestern Iran on the rudkhaneye khoshk seasonal river. It has a moderate climate and has been a regional trade center for over a thousand years. Shiraz is one of the oldest cities in ancient Iran. The earliest reference to the city, as Tiraziš, is on Elamite clay tablets dated 2000 BCE. The modern city was restored or founded by the Arab Umayyad Caliphate in 693 CE and grew prominent under the successive Iranian Saffarid and Buyid dynasties in the 9th and 10th–11th centuries, respectively. In the 13th century, Shiraz became a leading center of the arts and letters, due to the encouragement of its ruler and the presence of many Persian scholars and artists. It was the capital of Iran during the Zand dynasty from 1750 until 1800. Two famous poets of Iran, Hafez, and Saadi are from Shiraz, whose tombs are located on the north side of the current city boundaries.

Persepolis Takht-e Jamshīd, ‘Throne of Jamshid’) was the ceremonial capital of the Achaemenid Empire (c. 550–330 BC). It is situated in the plains of Marvdasht, 37 miles from Shiraz. The earliest remains of Persepolis date back to 515 BC. It exemplifies the Achaemenid style of architecture. UNESCO declared the ruins of Persepolis a World Heritage Site in 1979.

I flew from Tehran’s Mehrabad Airport to shiraz which took about an hour and stayed at Homa Hotel. This hotel is centrally located and is within walking distance of Azadi Park.

Click HERE to view a video compilation of my trip to Shiraz.