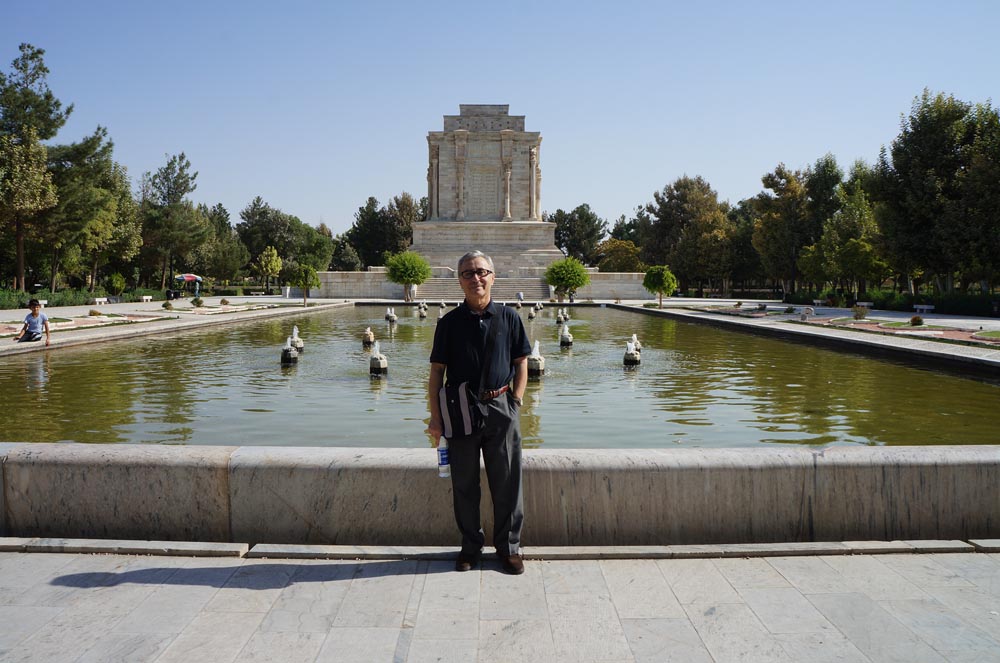 On September 22, 2014, I visited Tus. To the ancient Greeks, it was known as Susia. Here I visited the tomb and museum of Ferdowsi (940–1020 CE), highly revered Persian poet and the author of the epic of Shahnameh. In the museum, I met an old storyteller and he told the story of Rostam and Afrasiab and allowed me to videotape him. Click HERE to watch the video. He also told the story of traditional Persian Gymnasium (Zoorkhaneh). Click HERE to watch the video.

Less than a mile from Ferdowsi’s tomb is Haruniyeh Dome. A majestic dome that belongs to Ilkhanate, a 13-century breakaway state of the Mongol Empire. Click HERE to watch a short video of the interior architecture of Haruniyeh and  HERE for more video clips.