Bus from Rasht to Zanjan 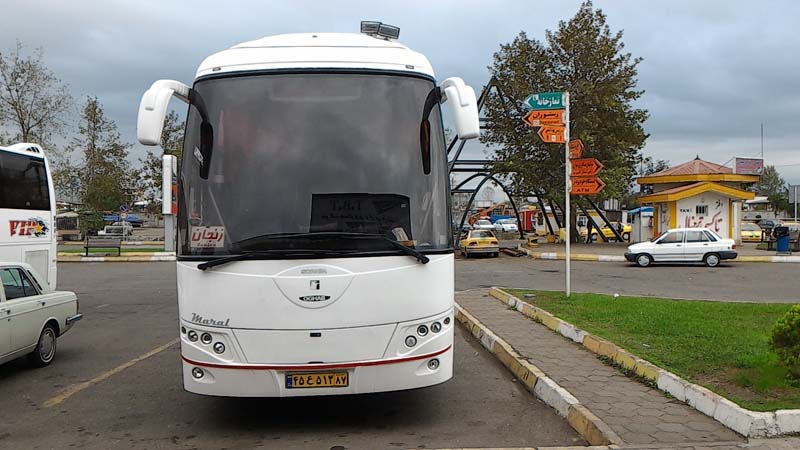 I visited Zanjan in October 2017. I took a bus from Rasht to Zanjan. My bus ride was great and cost about $4. Zanjan is about 5 hours bus ride from Rasht. I arrived at 7 PM, checked into the Park Hotel and went out to photograph the neighborhood. The common language in Zanjan is Azerbaijani which I do not speak. Zanjanis are very kind, friendly and hospitable people. Zanjan is a clean, safe and very walkable city. Click HERE for video clips of my trip to Zanjan.

Zanjan is the capital of Zanjan Province in Iranian Azerbaijan. It lies 298 km (185 mi) north-west of Tehran on the main highway to Tabrizand Turkey and approximately 125 km (78 mi) from the Caspian Sea. The city is located about 20 kilometers south of the Qaflankuh Mountain Range. At the 2016 census, its population was 433,475 which is the 20th largest city in Iran.

Zanjan is known for its beautiful handcrafts such as knives, traditional sandals, called charoogh, and malileh, a handcraft made with silver wires. Zanjani artists make many things like various decorative dishes and their special covers as well as silver jewelry. In ancient times, Zanjan was known for its stainless and sharp knives.