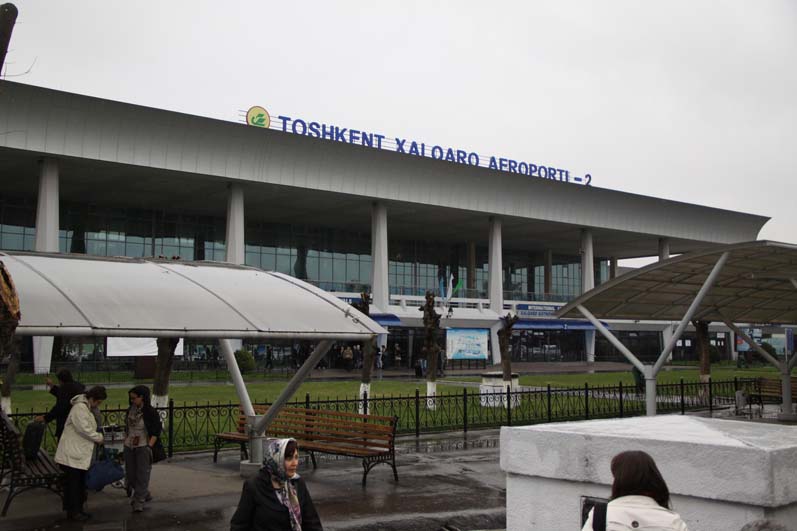 I flew to Iran on March 3 to get ready for my tour of Uzbekistan. I used a highly experienced Iranian tour agency called Aftab Kalout Eco-Tour & Travel Co. This tour company arranged for my Uzbek’s visa. On March 20, 2015, we took an Iran Air flight from Tehran to Tashkent, Uzbekistan. There is only one flight per week and it departs at 4:00 AM!!! It is a 2.5 hours flight and it went very smoothly once we got out of the Tehran’s airport which was overcrowded way beyond its capacity. Air conditioning was not working and the terminal was disorganized, hot with restrooms with no toilet papers. I was very glad once I got on the plane. We arrived in Tashkent’s airport and were processed through very quickly. It was raining and our tour bus was waiting for us. We got on the bus and visited the Independent Square. The Independent Square has two beautiful sites to visit: a) Lamenting Mother Memorial statue which is created in honor of soldiers who sacrificed their lives and b) the Mother and Child statue. Later we went to the old bazaar and had lunch. After lunch, we drove to Samarkand. The 289 km travel took 5 hours. Roads were terrible with huge potholes that significantly slowed down the bus. Our well-informed tour leader, Mr. Reza Aghaee was very helpful and familiar with local culture.  After visiting Samarkand and Bukhara we returned to Tashkent to fly back to Iran. Tashkent looks like a Soviet city and has a significant number of Russian residents. The city experienced a major earthquake in 1966 and was rebuilt by the Soviets. The Monument to Courage is dedicated to this event. Tashkent holds the Samarkand Kufic Quran, the earliest written copy of the Quran, which has been located in the city since 1924.